The forest’s adaptability to climate change as well as opportunities and bottlenecks in forest seedling production and planting. Those were some of the main topics during NordGen Forest’s conference recently. In addition to presentations, the program also included a poster session, an anniversary dinner and interesting forest excursions in the region.

About 70 people participated on site and online when the NordGen Forest Conference 2022 “Scoping our forests for the future” was arranged recently in Lund in southern Sweden. During the first day, 14 lecturers gave presentations covering a wide range of topics. One of the conference’s opening speakers, NordGen’s director Lise Lykke Steffensen, emphasized NordGen Forest’s conferences as an important meeting place for the Nordic countries.

“Forestry means long-term perspectives and we must use our common knowledge to meet the difficult challenges we face. The discussions held here can help us to make the right decisions. Because we need to make those decisions now if we want to secure a robust and climate-adapted forest for the future,” Steffensen said.

Several speakers discussed the forest’s adaptation to climate change in different ways. Debojyoti Chakraborty, senior scientist at the Austrian Research Center for Forests (BFW), gave a presentation that revolved around “assisted migration” which means human-assisted facilitation of tree species and seed material movement within and beyond the natural range of forest tree species.

“Assisted migration, despite its challenges, provides immense opportunity to promote resilience and increase the genetic diversity of future forests”, said Chakraborty and continued:

“In some countries they are ahead with this concept, for example in British Columbia in Canada. They have already included assisted migration as a solution for adapting the forests. For example, they have reformulated their seed zones based on a changing climate.”

Climate change will probably increase the problems with insects and diseases in the future. Rebecca Larsson holds an industrial PhD at Svenska Skogsplantor and the Swedish University of Agricultural Sciences (SLU) in Uppsala. In her research, she has mapped the distribution of fungal communities in the Swedish forest nurseries. An example is the species Diplodia sapinea, which can cause serious attacks on Scotch pine (Diplodia tip blight in English).

“We know that we have Diplodia sapinea in Swedish forest nurseries, but so far this has not caused any problems. But we don’t know enough about the distribution of the species, whether it follows the plants into the forest and whether it can survive when the trees get bigger,” says Rebecca Larsson.

Another speaker during the conference was Katrin Zimmer, research scientist at the Norwegian Institute of Bioeconomy Research (NIBIO). Her presentation revolved around birch, a historically important tree species in the Nordic countries. According to her, birch has many valuable qualities and is easy to work with but its commercial relevance (for example in the furniture and construction industry) has been neglected. But exploiting the full potential of birch is not easy.

“In Norway, birch is mostly used to produce firewood and some smaller volumes of pulpwood. It is important to get the complete value chain onboard to get an increased cooperation between the industry partners. We also need to start grading and sorting the material and increase the knowledge of the quality of the resources,” said Zimmer.

The conference ended with a celebratory dinner marking NordGen Forest’s 50th anniversary that occurred in 2020 when COVID-19 restrictions prevented celebrations on site.

The second day was devoted to forest excursions in the region. The conference participants were able to visit the estate Dragesholm by the scenic Söderåsen, where the forest manager Thomas Severinsson described how the forestry has been affected by drought, storms and heavy snow. Another stop was made at Skogforsk’s research station Ekebo near Svalöv. There, the visitors got a tour of greenhouses and tree plantations to learn more about Skogforsk’s breeding work, which mainly includes spruce and pine, but also larch and birch.

About 0.5 percent of the production in Swedish forest nurseries consists of birch but Skogsforsk is experiencing a rising interest caused by drought, wind damages and other problems in connection with use of spruce and pine.

“Root rot and attacks from pine wheevils and bark beatles have also contributed to an increased interest in birch, although from low levels. Maybe birch can be more tolerant to drought, but we have also seen problems with insect attacks on birch, said Mateusz Liziniewicz”, researcher at Skogforsk. 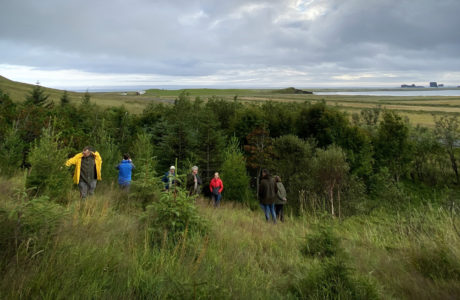 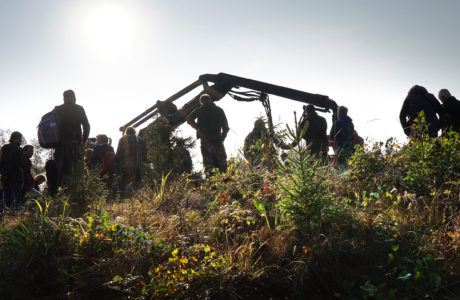