The breed originates from Jutland cattle. After World War I one had become aware of the heavier black and white variegated Dutch Cattle. One started to import Dutch Cattle to crossbreed with the somewhat smaller Jutland Cattle. The offspring from crossbreeding between Jutland Cattle and Dutch Cattle had a higher production than offspring from Jutland Cattle. Therefore, the two breeds where mixed to a large degree. In 1949 it was decided to merge the studbooks for Dutch Cattle and Jutland Cattle in Denmark and thus form the breed “Danish Black and White Cattle”. Sometimes also denoted “Danish Holstein” as described in FAO’s Domestic Animal Diversity Information System (DAD-IS), which however, might cause some confusion, since that breed name is used for the modern milking breed responsible for 70% of the milking population in Denmark.

The newly formed breed was a dual-purpose breed with high milk yield and slaughter quality. Up till the 1970’s the genes from the black variegated Dutch Cattle became dominant in the breed and soon it was not anymore possible to find bulls in the studbook with 100% Jutland Cattle origin. In the mid-1960’s the breeding association chose to import breeding material from the black variegated Holstein-Friesian breed from USA and Canada. This breed also descends from the Dutch Cattle but is bred with the goal of being a high producing milking breed. The cross-breeding with Holstein-Friesian has resulted in an almost 100% displacement of Danish Black and White Cattle and today Holstein has become the dominant dairy breed in Denmark.

During the period of crossbreeding with Holstein-Friesian, some herds chose to maintain the Danish Black and White Cattle. These animals, without genes from Holstein-Friesian, is today known as Danish Black and White Cattle anno 1965 and is worthy of conservation according to the regulations in the country. According to the breeding goal in 2016, the birth weight was 35-42kg, cows in first parturition weighed app. 450kg while adult cows weighed 650-700kg. The annual weight for bulls was 450-500kg while for adult bulls it was 950-1200kg. The height above the cross was 130-140cm for adult cows and 140-145cm for adult bulls.
In 2004, 1 bull and 34 cows were registered in DAD-IS. The next registration was not made until 2015, when there were 17 bulls and 117 cows. In 2017, 8 bulls and 125 cows of the breed was registered. Since then, no record of the Danish population has been registered in DAD-IS. The current development in the population size can therefore only be clarified if one extract data from the Danish cattle database.

Moreover, there are ongoing research activities aimed at characterizing the breed. Characterization is an important part of conservation, as we thereby learn whether the breed possesses unique characteristics, we may need in securing future food production. A study conducted by NordGen found that by 2019, 10 easily accessible studies were conducted which included the breed. Most of these studies examined the molecular genetic variation between the breed and a selection of other breeds. Only one study addressed the socioeconomic significance of the breed by investigating co-evolution of milk protein and human lactase. Thus, there are still many areas of the breed’s traits and its importance for our society that it would be useful to clarify to improve the decisions we make in relation to conservation of the breed. 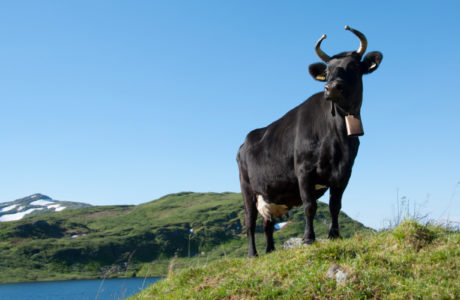