In the picture above, Helena Malmqvist’s curious cows are waiting for their tractor driving master to finish his his chores. The picture was submitted to the photo competition within the 3MC project

The Swedish Mountain Cattle of today descends from the landrace of eastern origin that has been kept in the northern parts of the Nordic countries for at least 1,000 years. Organized breeding started at the end of the 19th century. At a meeting in Östersund in 1893, a document was produced that described what the Swedish mountain breed would look like. From then on, pedigrees of the mountain cattle were kept in each county, which was then replaced by a national pedigree in 1912. The number of northern landrace cows at the end of the 19th century amounted to about 400,000 cows.

By the end of the 1960s, the number of individuals had fallen dramatically and in order to attract farmers to some extent to keep their mountain cattle instead of replacing them with modern large breeds, they began to cross other breeds via the semi-industrial unit, including SLB, SJB and West Finnish Rödkulla. However, there were still farmers who cared for the purebred Swedish Mountain cattle, even though for many years they fought in strong headwinds.

In the early 1990s, there was a real crisis for the Mountain cattle as most cows were half-siblings and cousins on their paternal side as only a few purebred semen bulls were available. At that time, only one or two new bulls were bred per year. In 1993, Project Save Fjällkon (PRF) was started in collaboration between some farmers and WWF. The goal was to remedy the acute shortage of unrelated breeding material and to save the mountain cattle as a dairy breed for the future. This led to the formation of the breeding association for mountain cattle “Svensk Fjällrasavel” in the autumn of 1995, which continued the work according to PRF’s intentions.

Within the mountain cattle there is a special group called “Fjällnära boskap”, which can be roughly translated as “cattle close to the mountains”. These animals are descended from herds in Biellojaure, Lillhärjeåbygget, Fatmomakke, Klövsjö, Funäsdalen and Säma. These animals were noticed in the early 1990s as an extensive variant of the mountain cattle, characterized by its many years of stay in a barren environment with self-sufficient farming. They have often been bred outside the herdbooks, although their genes can be traced back to it. The most untouched, but strongly inbred, part of the mountain cattle is preserved as “Fjällnära cattle” in the gene bank of the Association of Older Livestock (“Föreningen Äldre Boskap”). These animals originate from Lillhärjåbygget, Klövsjö, Biellojaure and Fatmomakke.

The Mountain Cattle is a dairy type cattle. The body weight can vary greatly, but is usually between 400 and 450 kg live weight. Both sexes are hornless, although occasional horned, completely purebred animals may occur. The mountain breed usually has a white base color with dots, spots, fields or completely colored sides in black, red or gray. However, monochromatic white, black, red or gray animals are also common. The breed is characterized by excellent legs and good hooves, and an otherwise quite graceful bone structure. The animals have a lively, affectionate temperament, which together with the good mobility and good foraging ability makes the mountain breed very suitable as a milk producer on natural pastures and forest pastures in pasture farms or in organic milk production. The mountain cattle is a proven good roughage converter.

Mountain cattle clearly shows when it is in heat, and has good fertility. The milk’s content of the important B variants of Kappa casein and Beta-lactoglobulin is one of the best in the world. This makes the mountain cattle milk particularly well suited for cheese production.

The mountain cattle has historically always been held for its milk production where it has still achieved a satisfactory production with small means. Meat production has always been a secondary issue.

The Fjällnära cattle are generally a little smaller. The live weight of a cow is usually 300-400 kg. A bull weighs about 100-150 kg more. Normally the animals are polled, but horn buds have been observed at some point. They are of slender build with a nice bone structure. Color and drawing are very varied. The color variation is the same as in the mountain cattle breed. They are very good grazing animals and, thanks to their low weight and great mobility, are well suited for the preservation of valuable and sensitive natural pastures.

The breeding association for mountain cattle “Svensk Fjällrasavel” was formed in 1995 to work towards recreating the genetic variation of the mountain cattle that existed in the late 1960s, before crossbreeding began. Since the start, the association maintains a pedigree in accordance with rules established by the Swedish Board of Agriculture and collaborates with the Swedish Board of Agriculture and Viking Genetics on the development of new bulls for the semen activities according to an established breeding plan. In addition to this, the association works with information and advice about the mountain cattle. The goal for the breeding of Mountain Cattle is to improve the traits that are economically important for the animal owner. A good milk yield is therefore of the utmost importance to assert the breed for the future.

Since the work of broadening the mountain cattle genetically began in earnest during the first half of the 1990s, the yield has not increased as it did for the other dairy breeds. This is because the breeding of the breed has taken place through the use of material from the gene bank, which dates from the 1950s and 1960s. This means that the yield in the breed has largely stood still, while other dairy breeds have increased their yield by an average of about 2000 kg of milk over the past 20 years. This has meant that the position of the mountain breed in the barns has been markedly weakened. The genetic variation of the breed today is considerable in terms of breed size. Breeding today is therefore focused on further improving the caseins in the milk in order to increase the value of the milk when it is processed.

A publicly available database of pedigrees has been built up over the past 5 years, where all the breed’s pedigree animals have been kept since breeding began in 1892. Most of the breed’s animals are kept there. It can be found via the mountain breed association’s website (db.fjallko.se)

Föreningen Äldre Boskap, which works to preserve the Fjällnära Cattle, is a non-profit association formed in 2007. In accordance with the statutes, the association shall preserve the Fjällnära Cattle as untouched cattle, without breeding towards higher yield, and through nationwide gene banking activities ensure the existence of the cattle breed. The association works primarily with a living gene bank, and frozen genetic material is seen as a valuable and important complement.

Research is underway that aims to characterize the breed. Characterization is an important part of preserving the breed, because in this way we gain knowledge about its unique characteristics. The properties may be needed in the future to ensure food production. Until 2019, 16 easily accessible studies on the Swedish mountain cattle have been carried out, of which five included Fjällnära Cattle as an independent group. Most of the studies, including all those that include Fjällnära as an independent group, focus on molecular genetic diversity within and between the breed and a selection of other breeds. The rest describe phenotypic traits and genetic variation in the relationship between inherited diseases and failed reproduction, as well as population differences in three genes associated with production traits. No studies have been found focusing on the sociocultural significance of the breed. Therefore, there is still a great need to characterize the breed as a whole, but also the subgroup, because in this way we can get closer to preserving the breed. 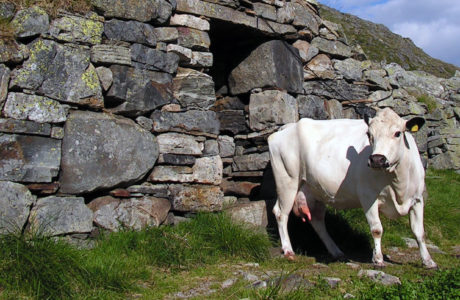 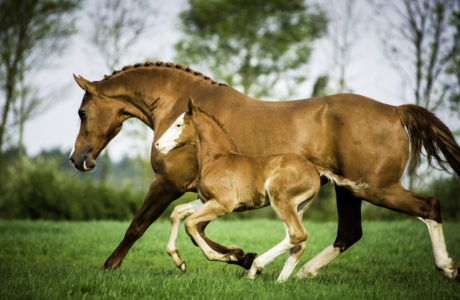