In the 1990s, the situation was critical for several of the Norwegian landrace breeds. But the situation became more stable with increasing populations and great interest from consumers. Reliable kinship data has been a key to success.

In a series of articles, we will present successful examples of how the Nordic countries are working with the conservation of landrace animals. The hope is that these “good news” will serve as inspiration for the future.

– We are facing a lot of challenges in this field of work. But it is also important to pay attention to the good efforts that are done in the Nordic region, by doing so we can learn from each other, says Mervi Honkatukia, section leader of NordGen Farm Animals.

Thirty years ago, interest in landrace breeds was seen as somewhat peculiar in the Norwegian research world and in the agricultural sector. Odd Vangen is professor of livestock breeding and genetics at the Norwegian University of Life Sciences (NMBU). His work has meant a lot to improve the quality of the Norwegian conservation work of the landraces, and to raise the status of that work. Vangen has had a long academic career and was also chairman of the board of the Nordic Gene Bank Farm Animals, predecessor to today’s NordGen Farm Animals. Recently, King Harald V of Norway appointed him a knight of the 1st class in St. Olav’s Order for his initiatives in animal welfare and sustainable agriculture.

– I was rooted in the operational livestock breeding in Norway but also had a great commitment to the old Norwegian landraces. When it comes to conservation work, I have mainly worked strategically and been interested in the important biological traits of the these animals, says Vangen.

Thirty years ago, when Vangen began to get involved in conservation work, the situation was critical for the Norwegian landrace animals.

– We have six Norwegian cattle breeds and in the 90s some of them were down to approximately fifteen individuals. It was then about carrying out a rescue operation where the establishment of the cow register was important to prevent inbreeding, says Vangen.

Nina Svartedal (earlier Sæther) is the academic director of the Norwegian Genetic Resource Centre and a member of NordGen’s Animal Genetic Resources (AnGR) Council. The Council is an important part of NordGen’s expert network and acts as a forum for Nordic co-operation on farm animal genetic resources. Svartedal was one of Odd Vangen’s master students and established the database of the landrace cattle breeds worthy of conservation. For other national landrace breeds, the Norwegian Genetic Resource Centre collects population figures from other national registers for sheep, goats and horses. The institution annually releases comprehensive reports that describe the situation for the various landraces with keyfigures.

– For me, it is fundamental for the conservation work to have a good overview of kinship in a single database. It is of course about preventing inbreeding but it also makes it possible to follow developments. I’m proud that we got it to work, says Svartedal.

In the Nordic neighboring countries, different registers are also kept, but it is a clear advantage to have everything gathered in one database per species. For example, there can be problems if animals are moved from milk production to meat production and the registration does not follow. Working with databases requires a lot of resources, partly for the farmers who report every year, but also for those who administer the database and process the material.

– Continuity is important. Placing the responsibility for the registers in the hands of non-profit organizations would be a solution too vulnerable, says Svartedal.

Since the 1990s, the trend has reversed in Norway, although there are still breeds that are considered endangered (see facts below). Generally, animal populations have increased, especially in cattle breeds for meat production. Today’s consumers more often demand local products and are more likely to pay extra for high meat quality. Landrace animals have traits that can allow the meat to become more marbled and tender. Other benefits that are often emphasized are the potential of landrace animals in terms of ecosystem services and production with less concentrate. Recent research also shows a higher content of oligosaccharides in the milk of the northernmost Nordic native cattle breeds, something that can be interesting for the health-promoting properties.

– During these 30 years it has turned around and I feel that we were right. It is not possible to know in advance which products and properties that will be wanted in the future. Therefore, it is important to conserve as much as possible of the genetic resources, says Svartedal.

Today she sees with some optimism for the future, but it is not possible to sit back and relax.

– I do not understand how I could sleep at night during the 90s when we had a real crisis. For now, I am optimistic, but we cannot think that everything is finished. This work requires resources and continuity, says Nina Svartedal.

Production based on native breeds can contribute to an increased use of grazing and maintenance of the cultural landscape, strengthen agriculture’s production of ecosystem services and contribute to the local business community.

Six out of twelve native sheep breeds are still endangered, but the breeds continue to increase in number.

The number of young horses of native breeds increases from year to year, but several breeds are still considered to be critically endangered. 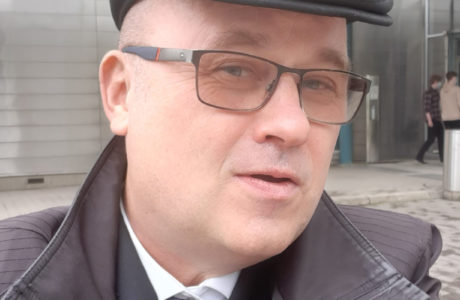 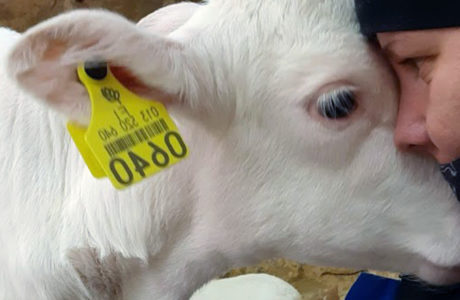 New Research: Co-operation and Participation Are Crucial to Safeguard Our Nordic Native Breeds 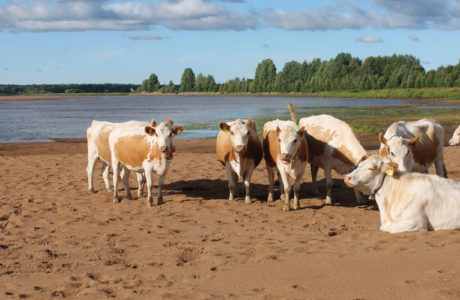 Traditional Grazing: Native Breeds Are Vital for the Nordic Biodiversity