Higher yield, improved nutrition content and crops adapted to climate change. The benefits that can be derived from the genes of our cultivated and wild plants needs to be shared in an equitable way and access to them regulated. But that’s easier said than done. This week, representatives of 147 countries and several organizations have gathered in India. The pressure on them to reach an agreement is high.

After close to three years of meetings being cancelled due to the pandemic, there have been many dear reunions for the delegates working with the International Treaty for Plant Genetic Resources for Food and Agriculture, or the International Plant Treaty for short. But despite many happy faces in the corridors of the hotel in New Delhi, there are many unresolved issues that needs to be handled in the meeting rooms. 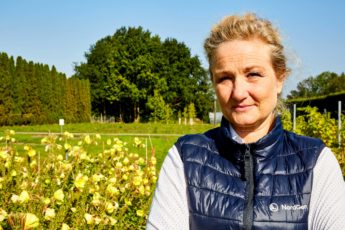 “There are multiple matters that urgently needs to be decided upon if the trust to the International Plant Treaty is to remain intact. In an uncertain world, where the climate crisis is accelerating, the biodiversity is decreasing and national self-sufficiency is becoming more important it is essential to secure a well-functioning international system regulating access and rights to genetic resources”, says Lise Lykke Steffensen, Executive Director of NordGen.

Plant Genetic Resources can deliver several advantages, for example by using an old wheat variety to develop a new variety which is more drought resistant. The International Plant Treaty has multiple purposes. One is to secure access to the old wheat variety, and another is to make sure that the advantages derived from it are shared in equitable way. The issues discussed at the Governing Body session in New Delhi this week are attempts of improving the treaty, by including more plant species and generating more money to the countries needing resources to take care of their plant genetic resources.

As the Nordic countries’ genebank and knowledge center for genetic resources, NordGen is an observer to the Governing Body of the International Plant Treaty. In addition to participating in the meeting, NordGen has given a report on the work with Svalbard Global Seed Vault, arranged two side events and participated in yet another, but also had many informal meetings.

” Speaking to the delegates, I can sense an immense willingness to find solutions and reach an agreement. However, it is difficult since the different parties are standing so far apart in certain issues. But with just a few days left of the meeting they just need to get things done and take some decisions”, says Lise Lykke Steffensen.

Countries Own Their Genetic Resources

The Convention on Biological Diversity from 1992 states that genetic resources are the property of the nation where they are. This means that countries can refuse to share their genetic resources and many countries have implement strict rules regulating this. However, these rules hinder research and development which could lead to great improvement within biology, medicine, and agriculture for the whole humanity. But the rules have been made due to negative experiences in these countries, where natural resources have been harvested without letting the local population take part of the richness they have contributed to.

In this context, the Nordic countries differ from many others. As you might know, the Right of Public Access allows for anyone to visit the Nordic nature (as long as cultivated land is not affected) and for example gather seeds from wild plants. NordGen also distribute seed samples from the Nordic seed collection which holds some 530 different plant species, for those needing them for education, research, and plant breeding free of charge. This is regulated in the Kalmar Declaration which was adopted by the Nordic Ministers of Environment, Agriculture and Forest in 2003.

” In the years since then, much has happened with the international agreements regulating genetic resources meaning that there is a need for updating the Kalmar Declaration and adapt it to the current situation. That’s why NordGen for the last two years have been leading a project aiming at reaching a Nordic consensus about these issues”, says Lise Lykke Steffensen.

Within the project, several Nordic seminars have been arranged to cover all areas of genetic resources – plants, animals, forests, wild and aquatic genetic resources, mushrooms, and microorganisms. Experts and national coordinators from all the Nordic countries have participated in the seminars.

” Soon, we will be able to publish clear recommendations about access and rights to the Nordic and national genetic resources and suggestions concerning how they are to be handled and shared. These recommendations will be presented for the Nordic Ministers of Fisheries, Food, Agriculture and Forestry as well as Environment and Climate, who will decide on the future regulations. But we can already now reveal that the view also in the future is expected to be that all genetic resources under NordGen will continuously be seen as a common Nordic good owned jointly by the Nordic countries and freely accessible”, says Lise Lykke Steffensen 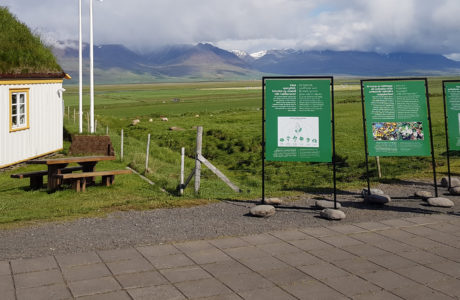 Planning your summer vacation? Don’t miss out on the Nordic Outdoor Exhibitions about Crop Wild Relatives 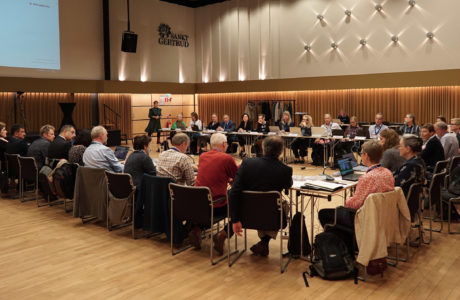