The forest genetic resources are valuable at many levels and are critical for long-term forest sustainability in a changing climate. Consequently, the present and future human use of the ecosystem services provided by the forests depends on the genetic resources. The key objective of genetic conservation is to maintain the adaptive diversity of forest tree populations. Genetic diversity ensures that forest tree populations, and consequently species, adapt to and evolve under changing environmental conditions. Genetic diversity also provides resilience to pests and diseases, and by this maintains forest vitality.

Countries in the Nordic region do however support and complement each other when it comes to conserving genetic diversity. There is a need to further develop the European work at the Nordic and national level, including the development of more specific climatic zoning to assess the genetic diversity conserved. There is also a need for a systematic evaluation of how the so called Genetic conservation units (GCU) established under the European programme cover the species genetic diversity in the Nordic region. Evaluation, identification of conservation gaps, as well as characterisation of genetic variation captured by the GCU units, could be further developed in cooperation on a Nordic level.

There is a question whether traditional in situ conservation efforts are enough to secure the genetic resources against future challenges, including climate change and pests and diseases. Cryo preservation and assisted migration have been mentioned as additional measures for some genetic resources at stake. The question on how to proceed and make the work as resilient as possible for the future, needs to be discussed at a Nordic and European scale. 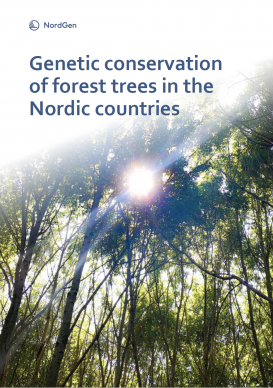