Despite the pandemic, NordGen staff still regularly go to Svalbard to deposit seeds from the world’s genebanks in order to safeguard the crop diversity crucial for our future food security. This time, we carried 45 boxes with 15 000 seed samples from eight different genebanks into the Seed Vault for long-term safekeeping.

Soon, Svalbard is entering what is called the dark season. For the next couple of months, the sun will stay below the horizon and the northern lights and moon will provide the only natural light in the archipelago. Fortunately, the Seed Vault offers artificial light which guides NordGen’s Seed Vault Coordinator Åsmund Asdal when putting the seed boxes in place.

“It is amazing to see how the genebanks continue to send seed duplicates to the Seed Vault, despite the challenges the pandemic pose. It shows the commitment they have to safeguard the crop diversity we need to adapt our agriculture to the future” he said.

This deposit includes seeds from genebanks in South-Korea, Kenya, Zambia, Cõtes d’Ivoire, Nigeria, Poland and two in Thailand. In total, 45 boxes will be put in place on the shelves of the Seed Vault. Many of the boxes have been sent from the RDA Genebank at the National Agrobiodiversity Center in South-Korea. They’re making their second deposit of seeds this time, sending 10 000 seed samples (accessions) from 18 different crops. They all have Korean origin and include bean, barley, rice, adzuki bean, and kidney bean. 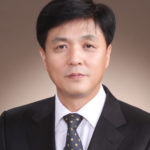 “A Korean proverb says that ‘the farmer pillows his head on the seed even when he dies’. This is an example that simply shows how important genetic resources are”, said Kyo-sun Park, Director of the National Agrobiodiversty Center. “Our priority is to preserve the Korean indigenous accessions safely from natural disasters. Natural disasters, climate change issues, and pests are all critical risk factors. Therefore, we decided to send our seeds to the Svalbard Global Seed Vault”

The RDA Genebank have 237 000 accessions from 1,599 species in their collection. About 75% of them are food crops. With this deposit, almost 10 % of the accession at the genebank will be duplicated at the Seed Vault.

“Passing extinctive genetic resources to descendants through preserving them safely is ever more important. In this sense, the duplicated conservation of Korean genetic resource at the Svalbard Global Seed Vault has significant meaning”, said Kyo-sun Park.

Second Seed Chamber Room in Use

The Svalbard Global Seed Vault has three seed chambers carved into the solid rock of the Plateau Mountain. After the middle chamber has been filled with more than 1 million accessions, seed chamber two has now been taken in use. In the October deposit, seeds from the following genebanks where safeguarded in the Seed Vault:

Svalbard Global Seed Vault is a backup facility for the crop diversity stored in the world’s genebanks. It was established and is owned by Norway and is operated in a partnership between the Norwegian Ministry for Agriculture and Food, NordGen – the genebank of the Nordic countries, and the international organization Crop Trust. 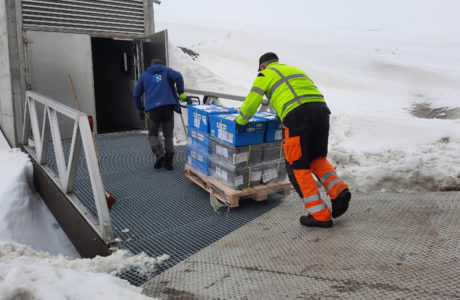