Attitudes towards agricultural genetic resources, CryoArks and the preservation of the Nordic red breeds. These where some of the topics covered when the NordFrost network recently invited to a webinar revolving around issues concerning farm animal genetic resources under the theme “Why gene banking”. The aim of NordFrost is to strengthen the Nordic cooperation in the cryoconservation of farm animal biodiversity.

Six speakers talked during the three-hour digital event, which attracted forty participants. One of the lecturers was the researcher Annika Tienhaara from the Natural Resources Institute Finland, Luke. Tienhaara talked about her PhD research in which she examined the Finns’ attitudes towards values and conservation of agricultural genetic resources. This survey showed, among other things, that the conservation and sustainable use of agricultural genetic resources is important for Finns.

But at the same time the knowledge of Finnish native farm animal breeds is limited. Approximately one third of the respondents had never heard of the native Finnish farm animal breeds and plant varieties presented in the survey and the term “genetic resources” is rather unfamiliar for most of the people and often interpreted as gene-modified organisms (GMOs). Another conclusion from the survey was that the Finnish respondents preferred conservation on farms over gene banks but securing genetic resources in gene banks is also important when necessary.

– And the support for conservation programs was stronger than the willingness to purchase Finncattle meat. Conservation by eating might be counterintuitive to most people when thinking of these endangered breeds, says Tienhaara.

Another speaker during the webinar was Mike Bruford, a molecular ecologist and professor at Cardiff University, who gave a presentation under the theme “Animal biobanking in the UK – experiences from the Frozen Ark and CryoArks”. Brufords comprehensive presentation included everything from the endangered okapis in the Democratic Republic of Congo to the Nordic wolves and he gave examples on how the genetic diversity in DNA declines when animals are moved from the wild to captivity.

Biobanks in the UK

Bruford also described how the biobanking is organized in the UK. CryoArks is a UK collaboration network between several universities, museums, zoos and biobanks such as the Frozen Ark that maintain frozen collections of animal genetic material. The aim of the network is to bring together these institutions and make it easy to deposit and take samples for conservation and research.

CryoArks core facilities are currently based at the Natural History Museum in London and at the National Museums Scotland and the Royal Zoological Society of Scotland.

– We have enhanced the facilities of the molecular collection storage facility at the Natural History Museum where we have three large liquid nitrogen containers for Cryo-arks and over 20 -80 °C freezers, said Bruford.

The last lecturer was Per-Johan Svensson, a dairy farmer and board member of VikingGenetics Swedish board. In the presentation he talked about the importance of preserving the Nordic red breeds and the challenges due to the strong competition with the commercial dairy breeds Holstein and Jersey.

– We know that the farmers need to make a living and in general I think that one of the best ways to preserve genes is to have parallel breeds that are competitive in the future. VikingRed is better in fertility and health compared with Jersey and Holstein so in total we have the same economy in the red breeds which is very important, said Svensson.

He also argued that both the commercial interests and the biodiversity must be included in the future breeding programs.

– We can’t have museum breeds in our barns but, of course, there are also breeds that are close to extinction. I think we must do both, we need breeds that are competitive globally and we must take care of the breeds that are endangered. Working towards more climate friendly breeds will also be a key to the future. That is my perspective as a farmer, said Svensson.

After the presentations, the webinar participants were sent to break out rooms to discuss the future of gene banking activities for conservation of farm animals. The topics were outreach activities and information to the public and the next generation of researchers, current technological limitations in gene bank conservation, and practical solutions to strengthen animal genebank conservation work. These are all central questions to develop further solutions to improve the Nordic cooperation in cryoconservation of farm animal biodiversity. The webinar was the first kick-off event in the NordFrost network that aims to find the best practices and fill the knowledge gaps of conservation in genebanks, and to build useful collaboration between Nordic countries.

NordGen in Cooperation on Pastures – Native Breeds a Great Asset 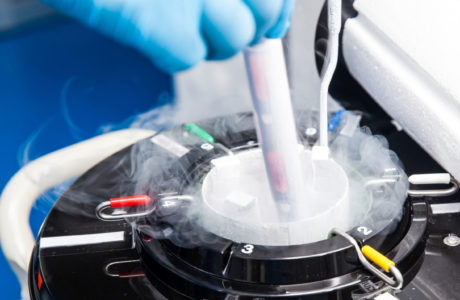 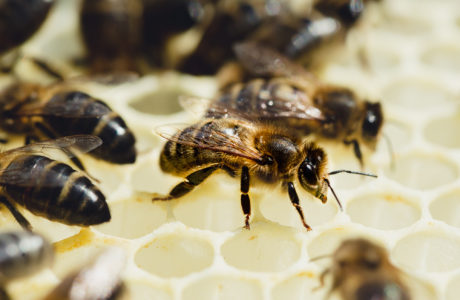