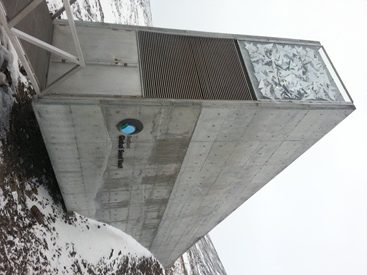 Initially, accessions will be of Norway spruce (Picea abies) and Scots pine (Pinus sylvestris) which are the commercially most important tree species in the Nordic region.

The aim of the storage is to secure longterm conservation of forest trees, for three different purposes:

The genetic diversity of forest tree species worldwide is influenced by a number of factors, of which climate change and forest management activities are most important for the major forest tree species. Fragmentation of populations, browsing, pests and diseases are other factors of varying importance.

Therefore, conservation of forest genetic resources has a high priority, including the monitoring of changes in genetic diversity over time.

A total of 208 seed lots from the Norwegian Forest Seed Center are now selected for the Svalbard seed vault. The oldest one, a pine sample from Tranøy in Norway, is from 1938 and viability tests still show 78 % germination.

Also seed from Finland will be deposited in the vault now. The Finnish seed lots are collected from gene reserve forests in Lappträsk and Puolango (spruce) and Filpula and Lovisa (pine).

The long term storage of forest tree seeds at Svalbard is a Nordic cooperation, involving the countries Denmark, Sweden, Finland, Iceland and Norway. Further accessions of seeds will be provided also from the other participating countries.

The Svalbard Global Seed Vault, which is established in the permafrost in the mountains of Svalbard, is designed to store duplicates of seeds from seed collections around the globe. Ensuring that the genetic diversity of the world’s cultural plants is preserved for future generations is an important contribution toward the reduction of hunger and poverty in the world.

More information about the Global Seed Vault, to be found here.