It is presumed that the Zemaitukas horses originated from the early East steppe Tarpans that reached the territory of Lithuania together with the Indo-Europeans approximately 5000 years ago. The breed has been known since the 6–7th centuries. The Zemaitukas were used as war horses in the Lithuanian-Crusader battles in the 13–14th centuries, and is only well-known horse breed originating from Lithuania.

Since the 19th century, the Zemaitukas horses were used as a labour source in agriculture, as a means of transport, and objects for export. Due to crossbreeding, World Wars and reforms the breed has extremely close to extinction on four occations.

The Zemaitukas, being a relic of the Lithuanian history and culture, is still an invaluable asset of Lithuania in spiritual and material terms, and a unique part of the biodiversity of the world. The Zemaitukas breed led to the beginnings to the Trakehner breed, the heavy Lithuanian horse breed and the large type of Zemaitukas.

Common efforts of Zemaitukas breeders, specialists and scientists led to the increased number of the Zemaitukas horses that can already be observed in many spheres of contemporary life: children and teenagers’ pastimes, sport clubs, tourism, entertainment businesses, ecological and family farms, hippotherapy, and many areas of equestrian sports — show jumping, racing, endurance riding, carriage driving and etc.

Population of Zemaitukas horses increased from 42 to 833 horses over last 26 years. There were 324 breeding mares, 70 stallions licensed for breeding and 58 foals born in 2019. Population size is increasing consistently but still is endangered. 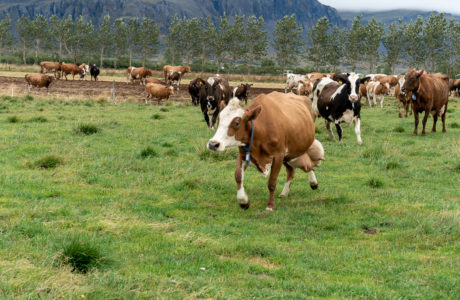