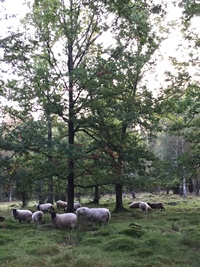 The study of past landscapes and ecosystems is known as paleoecology, which is closely related to geology, biology and botany, as well as history and archaeology. The unique benefit of paleoecology as compared to neo-ecology is the time perspective, as it enables identification of phenomena beyond timescales of direct human experience, which might only correspond to two or three tree generations.

Forest composition has always been determined by natural properties such as soil and precipitation, both local and regional. A considerably newer source of influence is human land use such as grazing, meadow management, cultivation of cereals and changes in fire frequencies, which has been significant during several centuries in large parts of the Nordic area.

Although there are large similarities, it is however important to remember that the Nordic countries by no means share the exact same history, but that present vegetation is the result of natural properties and traditional management at that specific site – at least up to modern time. Today’s often comparably homogenous landscapes are often a result both of rational forestry focusing on coniferous forest (often with denser and darker forests than in the past as a result) and rational agriculture with little room for edges, fallows and shrub habitats, but also of coniferous colonization as an indirect effect of the abandonment of grazing and mowing. 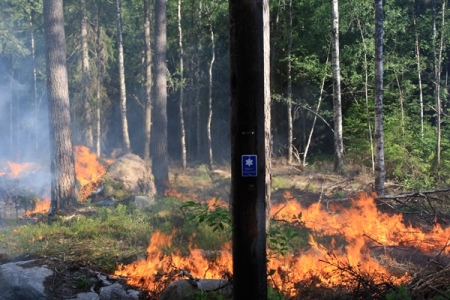 Restoration in view of history

Modern conservation, which is often closely associated with the restoration of landscapes, has hence much to gain from knowing an area’s long-term history. Important components are e.g. the proportion of different plant species and vegetation openness at a specific site, but also recurring disturbances such as fires. Today palaeoecological techniques can provide both vegetation proportions and fire intervals with good spatial and temporal resolution, and changes in vegetation and/or disturbances can be compared between sites. In order to preserve the species associated with the habitat in question, maintenance or restoration of that habitat could then mimic that habitat based on the history of that specific site.

However, palaeoecology could also be used to study natural vegetation changes and plant epidemics through history, or provide a basis for species inventories, as species sometimes linger in their original habitats, although these are heavily degraded. Furthermore, long-term historical vegetation changes on larger geographical scales could be used to predict how current vegetation could be expected to react to ongoing climate changes.

Text: Tove Hultberg. Tove is a forest ecologist (PhD), currently working with conservation and restoration at Söderåsen National Park in southernmost Sweden. Her research has hitherto been focused mainly on temperate broadleaved forest and the development of a cultural landscape in southern Sweden during the last 6000 years.