Today NordGen has about 80 potato accessions in the in vitro collection for long-term preservation. The fact that some of these cultivars have been continuously grown for hundreds of years is a clear indication that certain valuable traits are present in this material. Some of these have in fact fairly good resistance to diseases and a good and stable food quality. During the last three years a characterization and evaluation project has been performed. The goal is to get more information about 15 older potato varieties to increase their utilization and interest. These varieties will be a welcome addition to the present collection.

When the potato first arrived in Sweden in 1658 it was treated as a curiosity rather than food and used to feed animals. Later potatoes helped take the strain from cereals which at that time were the main source for production of food and alcohol. This allowed to improve the country diet, reducing famine and saving lives. Today after 360 years, the potato has become an integral part of the global food system and it’s the world’s first non-grain food commodity. The importance of this evaluation project at NordGen is twofold. By looking at the past it enables an increased use of older Nordic cultural heritage varieties. It also looks at the future by contributing to the recognition of the potato as a paramount food item in the modern food system.

Senior Scientists Ulrika Carlson-Nilsson and Pawel Chrominski have during the year been working with characterisation and evaluation of 15 old potato varieties. The first part of the project aimed at virus cleaning of the accessions. This were performed at the Plant Breeding and Acclimatization Institute in Bonin, Poland. In the second step the now guaranteed healthy material was grown during the summer in two different field trials. In one of the trials the resistance to late blight was evaluated and in the other one the botanical characterization was made.

During the past few weeks Ulrika, Pawel and Francesco Ghigo, a student from the University of Copenhagen, evaluated the potato tubers for their morphology and cooking quality. They also evaluated their suitability for the making of high quality chips. Hopefully the results will indicate that several of these varieties can be a suitable choice for culinary purposes if they will present suitable characteristics in regard to starch content, consistency, taste etc.

– Nowadays there is a growing interest in local old potato varieties which often have a large variation of shapes and tastes in contrast to the uniform, standard assortment available in the supermarkets. We are observing this variation in the material that we are evaluating. We believe that some of these old varieties can be an attractive alternative to the modern cultivars, said Ulrika and Pawel.

The importance and overall purpose of the project is rooted in preservation of the old potato varieties. In recent years, NordGen has noticed an increased demand from hobby growers for older, preferably locally grown potatoes. In addition to that, Pom (The Programme for Diversity of Cultivated Plants) is currently requesting more kitchen plants within its brand Grönt kulturarv® (Green Cultural Heritage) and has been very positive about the launch of one or more potato varieties. These are at risk of disappearing and there is a great need today to preserve and actively use these heirloom potatoes. They are an invaluable part of our cultural heritage.

As a result, accessions that were not previously known more than locally will be offered by NordGen to researchers, plant breeders, open-air museums and hobby growers. Some accessions will also be available in even larger quantities after launch under the Grönt kulturarv®  brand.

The characterisation and evaluation of these 15 old potato accessions is part of a collaborative project involving partners and stakeholders such as Pom, Svensk Potatis, Bodaholms gård and Larsviken. The main founder of the project is the Swedish Board of Agriculture. 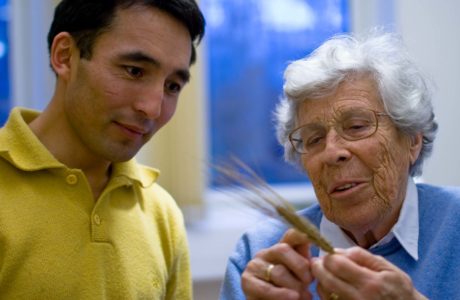 A Pioneer and Beloved Co-Worker has Passed Away 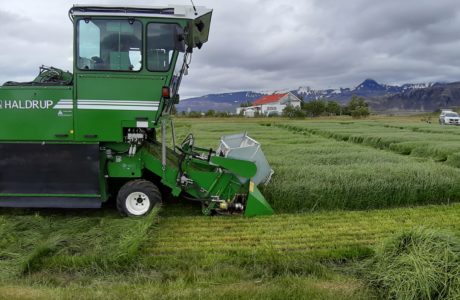